Cummings, an exegesis (or how to read a text) (with statement in full)

Reading #DominicCummings narrative as a work of fiction 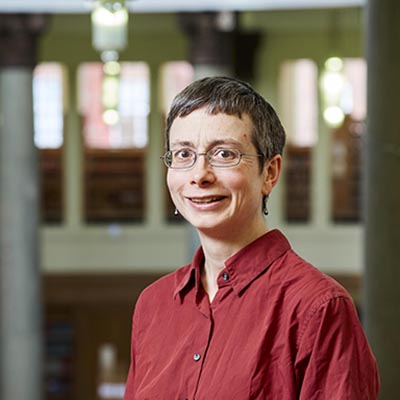 This tweeted by Professor Rachel Muers, Professor of Theology, Leeds, who applies to Cummings’s text the same methods that I have seen applied to II Samuel:

Reading #DominicCummings narrative [full narrative attached as Appendix] as a work of fiction (which it is, even if it recounts true events) is interesting on a few counts, eg gender and agency

For most of the story the narrator stands alone, sole heroic agent. He alone is responsible for protecting “wife and child”. “I decided” he says.

The centre of Barnard Castle, County Durham (via Wikipedia)

But at the point of the drive to Barnard Castle the female voice enters the story. The wife, not the narrator, is fearful. So “we decided” and even “we drove”.

This sets up an odd image in the reader’s mind – two people each with one hand on the wheel? But that’s not the point. This is the part of the story where the narrator is anxious, uncertain, not in control, fearful of claiming responsibility

It’s a brief wobble and then the “I” is back in charge. Running the show. END_OF_DOCUMENT_TOKEN_TO_BE_REPLACED

What does Mt St Helens teach us about Noah’s flood? Almost nothing.

Young Earth Creationists (YECs) argue from the rapid and dramatic events observed at the Mt St Helens 1980 eruption to the conclusion that the Earth’s geological record, as displayed for example at the Grand Canyon, could be the results of the even more dramatic events associated with a biblical worldwide flood. Geochristian, in the post I link to below, dismantles specific examples of this claim, and goes on to challenge the view that the Bible describes Noah’s Flood as a worldwide catastrophe anyway. Illustration: Step Canyon, Mt St Helens; Google Earth via Geochristian

Regarding geology, the YEC arguments derive their rhetorical power from the all-or-nothing thinking that runs through all their positions. They claim that Mt St Helens demonstrates the correctness of catastrophism over geological gradualism. If all this much can happen so quickly, why assume that the Earth’s deep geology really required deep time? If the flowing ash and mud from Mt St Helen’s shows lamination and cross bedding, does that not destroy the geologist’s argument that the lamination and cross bedding of shales and sandstones are the result of slow deposition? If in a matter of days snowmelt carved a canyon in the Mt St Helens deposits, would not the waters of a year-long flood have sufficed to carve out the Grand Canyon? If the Mt St Helens eruption rapidly uprooted and re-deposited large number of trees, could not the Earth’s fossil fuel deposits have been formed in the same manner?

Geochristian discusses each of these claims in detail (spoiler; none of them will stand up to examination). What I want to point out here is how much they all have in common. They all depend on imposing absolute either/or divisions on reality, cherry picking similarities and ignoring differences, and imposing the simplest of models on complex reality. The dispute between catastrophism and gradualism, although repeatedly revived by creationists (see e.g. here https://www.allaboutcreation.org/catastrophism-versus-uniformitarianism-faq.htm ) was pronounced dead by TH Huxley, “Darwin’s bulldog”,in his Presidential Address to the Geological Society in 1869 https://mathcs.clarku.edu/huxley/SM3/GeoAd69.html. It’s simply a matter of perspective. Catastrophic events do happen from time to time, but not very often, giving the impression of gradualism over long periods of time. Cross bedding can occur catastrophically, in well-understood special circumstances, but geologists have never had any difficulty in distinguishing between what is found in sudden volcanic outpourings and the completely different wind-blown cross bedding observed in desert sandstones, including ironically the Coconino Sandstone within the Grand Canyon itself. Canyons such as Mt St Helens Step Canyon can indeed form very rapidly in uncompacted sediments, but the Step Canyon is straight, and carved on a steep slope through soft debris, while Grand Canyon has bends and is carved through extremely hard rock by a river flowing over a plateau with, overall, a gentle gradient. And the tree debris from Mt St Helens bears no resemblance, either in texture or in amount, to the world’s coal fields.

Next, Geochristian attacks the YEC interpretation of Genesis. In particular, the word “eretz”, describing the territory immersed in the flood, can mean either the Earth, or a more limited region. Here his motivation is to preserve faith in the text, while rebutting the interpretation that requires the flood to be worldwide. My own approach would be rather different. In the biblical narrative, God sets out to destroy mankind, apart from the virtuous relic represented by Noah and his family. This could hardly have been accomplished by a merely local flood, though one could well argue that the author(s) of Genesis did not make a clear mental distinction between local and worldwide. However, the entire problem disappears if you regard the Genesis narrative (or, rather, fused narratives) in context within a much more ancient Mesopotamian literature, and I argue https://paulbraterman.wordpress.com/2018/11/12/noahs-flood-and-how-to-talk-to-creationists-about-it/ that this is actually more respectful of the text than supernaturalist literalism. However, in my experience discussions between those who do, and those who do not accept a supernatural origin for Scripture are rarely productive.

So why I am I, an unbeliever, re-blogging Geochristian’s material at all? Because as I see it, the crucial gulf is not between religious believers and unbelievers, but between those who are willing to accept reality in all its complexity, and those who prefer to impose their own dogma. And this does not affect only such matters as evolution and the age of the Earth, but such intensely practical matters as conservation, global warming, the regulation of market-based economies, and, right now, our reaction to one particular virus that happens to have mutated and evolved.
h/t Michael Roberts https://michaelroberts4004.wordpress.com/2020/05/19/what-does-mt-st-helens-teach-us-about-noahs-flood-almost-nothing/

All I got from Mt St Helens (MSH) in the days following its May 18, 1980 eruption was a few pretty sunsets. I was an undergraduate student in my first year at the University of Utah, and most of the ash cloud passed far north of Salt Lake City. MSH became more significant for me a few years later as a geology graduate student at Washington State University, where my research project involved analysis and correlation of Cascade Range tephra (volcanic ash) layers buried at various levels in the Quaternary Palouse Loess of eastern Washington. Some of these tephra layers correlated to ancient eruptions of MSH, dated around 13,000 and 36,000 years ago.

Due in part to easy accessibility, the 1980 eruptions of MSH have been studied more closely than just about any other explosive volcanic eruption in history. Geologists have learned…