I thunder in The Times 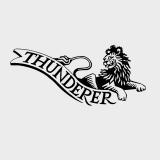 I have a Thunderer piece (opinionated editorial) in The Times. The Times itself was nicknamed “The Thunderer” back when it was the UK’s leading newspaper of record. Some might criticise me for submitting to it now that it’s Murdoch, but I think the need to communicate trumps considerations of ideological purity. (I would, however, draw the line at The Sun.)*

Background: As regular readers will know, the Scottish Secular Society petition to remove unelected Church appointees from Local Authority Educating Committees has been closed, but on the most favourable possible terms. The Scottish Government has undertaken to review the equalities implications of its current reorganisation of education, and, in addition, to consider the points that we raised. The Public Editions Committee has thanked us for raising these important issues, invited us to re-submit our case if, after reorganisation, that still seems necessary, and has forwarded the matter to the Education and Skills Committee, which will be considering this issue as part of its overall discussion of the reorganisation.

Thunderer piece: This is my orginal version. The version as published, slightly cut back for reasons of space, is here. Here I give the most significant sentence that was cut back, with omissions restored and highlighted, followed by the full original text.

There is need for discussion of the entire role of religion and religious organisations in education, within an increasingly non-religious Scotland, covering such matters as the Religious Observance requirement, the nature of Religious Education (too often based on teaching one particular doctrine as true), and the inclusion, in Catholic schools, of factual information about human sexuality and birth control in Religious and Moral Education, under the control of the Council of Bishops, whose own experience of these matters is highly untypical.

Full original text: Under legislation dating back to 1929 and beyond, END_OF_DOCUMENT_TOKEN_TO_BE_REPLACED

For full background on the Scottish Secular Society’s petition for the removal of unelected Church representatives from Local Authority Education Committees, see here, and for the most recent posting on the topic see here. Now read on:

It’s complicated. Our petition, though closed, is very much alive, and has achieved its objectives, unless, of course, it hasn’t.

The Public Petitions Committee (full report below) tells us that the petition has done its work. Maybe; we suspend judgement until we see the shape of Scotland’s post-review educational system. And if we don’t like what we see, the Committee has invited us to reopen the issue. At that point we will actually be in a stronger position than if the petition had been left open, since in a new submission we will be able to tailor our arguments to the situation as it will then be. (And one change in the situation, in the few days since the Committee met, is a further reported decline in religious affiliation in Scotland, especially among the young.)

Meantime, we are thanked for raising important issues, the Scottish Government has undertaken to review our concerns, and the matter has also been forwarded to the Education and Skills Committee, who will assuredly bear it in mind when the time comes to discuss the promised educational reorganisation. By a remarkable coincidence, the Convener of the Petitions Committee is the same person as the Deputy Convener of Education and Skills. Moreover, the membership of Education and Skills includes Tavish Scott (MSP for Shetland), a declared supporter of the reform that we seek, so we can be confident that the issues will receive full attention. So, more to the point, can the Scottish Government as it drafts its plans for education change.

Breaking news from Highland underlines the importance of our petition PE01623 to remove unelected Church appointees from Local Authority Education Committees. The Scottish Parliament’s Public Petitions Committee will be reviewing this petition on Thursday. More when the Committee report becomes available.

The Strathspey Herald reports that:

‘A clergyman has used his position on a Highland Council education committee to criticize the alleged promotion of homosexuality in schools. END_OF_DOCUMENT_TOKEN_TO_BE_REPLACED

The story so far: Spencer Fildes and I defended our petition to the Scottish Parliament’s Public Petitions Committee on November 24. The Committee (transcript here; see “New Petitions) listened most attentively, questioned us closely but not unsympathetically,  and agreed to write to a number of organisations  for their views. You will find full details, including petition text and links to the submissions received, at the Petition website. Now read on: END_OF_DOCUMENT_TOKEN_TO_BE_REPLACED

Update: the transcript of the meeting is now available at http://www.parliament.scot/parliamentarybusiness/report.aspx?r=10656 then “New petitions” then “Local Authority Education Committees”

The petition progresses. Yesterday, Spencer  Fildes and I (actually, mainly Spencer) gave evidence to Holyrood’s Public Petitions Committee. The petition itself is now closed for signature, but submissions from  organisations, or from individuals, especially I would suggest parents and teachers, remain welcome at petitions@parliament.Scot. (Suggestions: specify PE01623, and keep it short.) END_OF_DOCUMENT_TOKEN_TO_BE_REPLACED

This morning, Thursday November 24, the Public Petitions Committee listened to our evidence most attentively, and agreed to what we had asked for at this stage, namely for them to write to interested parties for their views. A pleasant occasion, which you can watch in full here.

The petition is no longer open for signature, but organisations and interested individuals may submit by email to petitions@parliament.scot , with “PE01632, Unelected Church Appointees” as the subject line.

The Church, education, and “Christian values”; another bad reason for denying democracy

Reminder: there is still time to show support for our petition to abolish Church appointees on Local Authority Education Committees; just click here and fill in your details

Summary: Religious values, unless they are also shared human values, will be important to those who want to follow that particular religion, but have no special significance for the rest of us.

The Churches refer to “Christian values”, in order to justify their uninvited presence on Council Education Committees. Like other reasons offered (see earlier post), this one repays closer examination.

The Church of Scotland enjoins its appointees to assert their presence  “by exercising your statutory right and endeavouring to influence council education policies in areas of interest to the national church, including the development of the curriculum, Christian values, religious and moral education and religious observance in schools”. I have already discussed the implications for the curriculum and for religious and moral education and religious observance. Here I would like to concentrate on the concept of Christian values, and, indeed, religious values in general. END_OF_DOCUMENT_TOKEN_TO_BE_REPLACED

How the Church of Scotland justifies its unelected Education Committee appointees; assumption, presumption, and privilege

As regular readers will know, moves are afoot to remove the three Church nominees who sit, with no regard to the electoral process, on every Local Authority Education Committee in Scotland (you can help by simply signing our Parliamentary Petition here).

In England, the legal requirement is for two such representatives, one from the Church of England and one from the Catholic Church. Something ought to be done something about this, although the English educational system, disrupted and fragmented, is now largely out of the hands of the local authorities anyway. There is much be said about the situation developing in England, little of it complimentary, but that is not my present concern.

Schisms and mergers among Scottish churches since the Reformation; Wikidwitch via Wikipedia. Click on link for clearer image

The requirement for three church appointees reflects the fractious history of Scottish Protestantism, and the presence of these representatives is a relic of the Churches’ historical input. The representatives exert power on local authorities’ most important committees, their Education Committees, over and above the power they would exert as citizens, and the Churches to which they are answerable thereby exert power over and above the power that they certainly exert, and in a democratic society must be free to exert, as associations of individuals. This is not about religion; it is about power. It is not about rights; it is about privilege.

Consider the Church of Scotland’s own code of practice for its religious representatives, which states: END_OF_DOCUMENT_TOKEN_TO_BE_REPLACED

Church Appointees on Scotland’s Education Committees (as of Summer 2015)

Church Appointees on Scotland’s Education Committees (as of Summer 2015)

We are in the course of updating this information to Spring 2017. We have confirmation from all Councils who have responded to date that the Church representatives do have the right to vote in the Education Committees that they sit on.

We give here the names, Church affiliations, and appointments procedure, of the Church Appointees on all of Scotland’s Council Education Committees, as determined by Freedom of Information requests during Summer 2015. Church of Scotland and Catholic appointees are appointed by their Church hierarchies and Councils have no chioce in the matter. Procedures vary by Council for selecting the Church allowed to nominate the third appointee.

Church of Scotland in General Assembly. This Church, the Catholic Church, and one other in your area, each nominate one member to your local Education Committee

This is not about religion. It is about power.

If you think it is right that three unelected Church nominees should sit, by law, on every Council Education Committee in Scotland, please ignore this post.

If you think it is wrong, and want to do something about it, please sign and share this petition:
https://www.humanism.scot/what-we-do/policy-campaigns/enlighten-up/

You will find more about these unelected Church nominees, and how they are shielded from democratic accountability, here.

I believe that all members of local education committees should be accountable to their communities through the ballot box.

Local councillors are elected to represent the views of their communities. It is inconsistent with the principles of local democracy to have unelected religious leaders.

The current requirement for religious representatives stems from a reorganisation by the Westminster Government of 1973. It is time for the Scottish Parliament to consider these aspects of local democracy.

It is undemocratic to appoint members of particular religious communities to education committees without a mandate from local voters.

Previous efforts to change this law have failed because of opposition by a small band of well-organised constituents. The response must be to show our lawmakers that we are a constituency too.