Is “The Imminent Demise of Evolution” still imminent?

The demise of evolution, and of the geology necessary to support it, has been imminent since 1825. I hear and tremble.

My friend the rev Michael Roberts has reblogged my link here, with reference to his own experience. Michael is Anglican Priest, geologist, and historian, and has been following Creationist infiltration into the UK churches  for some decades.

Troy Britain’s piece reblogged here refers in turn to G.R. Morton’s classical compilation. Morton’s piece was originally posted on Answers in Science. The link from Morton to Answers in Science failed to work for me, but I am happy to say  that a direct link, here, works admirably as a source and resource.

Ten years ago, in 2006, intelligent design creationistWilliam Dembski predictedthat in a decade evolution would be toast:

LOUISVILLE, Ky. (AP) – To William Dembski, all the debate in this country over evolution won’t matter in a decade.

By then, he says, the theory of evolution put forth by Charles Darwin 150 years ago will be “dead.”

Despite a flood of challenges since the publication of The Origin of Species in 1859 by Charles Darwin and more than 150 years of unprecedented scientific efforts in the history of mankind to prove otherwise, the evidence examined in nature tooled with unprecedented technology continues to be compatible with the Genesis record written by Moses…

…Evolution, once a theory in crisis, is now in crisis without even a cohesive unifying theory. 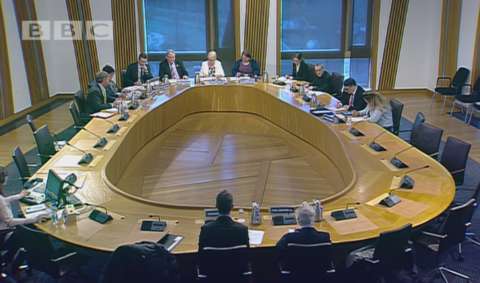 Update: the transcript of the meeting is now available at http://www.parliament.scot/parliamentarybusiness/report.aspx?r=10656 then “New petitions” then “Local Authority Education Committees”

The petition progresses. Yesterday, Spencer  Fildes and I (actually, mainly Spencer) gave evidence to Holyrood’s Public Petitions Committee. The petition itself is now closed for signature, but submissions from  organisations, or from individuals, especially I would suggest parents and teachers, remain welcome at petitions@parliament.Scot. (Suggestions: specify PE01623, and keep it short.) END_OF_DOCUMENT_TOKEN_TO_BE_REPLACED

This morning, Thursday November 24, the Public Petitions Committee listened to our evidence most attentively, and agreed to what we had asked for at this stage, namely for them to write to interested parties for their views. A pleasant occasion, which you can watch in full here.

The petition is no longer open for signature, but organisations and interested individuals may submit by email to petitions@parliament.scot , with “PE01632, Unelected Church Appointees” as the subject line.

“Whatever you or any legal department has to say, our belief and values with regard to Sundays matter.”

Comhairle nan Eilean Sia (Western Isles Council) consider it sinful to swim in the public baths on Sunday. That is a matter for them. They wish to impose this view on all Stornoway sports facility users. That is a matter for all of us. It is discrimination against non-Christians, and indeed against the many Christians who think that taking a swim on the Sabbath is ok.

Such discrimination is illegal, and the Council knows it but doesn’t care. As one Councillor told a constituent, END_OF_DOCUMENT_TOKEN_TO_BE_REPLACED

With God, all things are possible

With God, all things are possible. Including the election to the most powerful position on Earth of a lawless violent narcissist swindler with no regard for reality, who supports the use of torture, thinks global warming is a scam, and boasts of molesting women.

This could not have happened without God. Or, at any rate, without the active support of His self-proclaimed representatives in small towns up and down America.

In return for what? END_OF_DOCUMENT_TOKEN_TO_BE_REPLACED

So there never was any new evidence against Hillary (nor old evidence worth discussing either); and meantime hundreds of thousands have voted.

This is new. We know about simple intimidation, lying about voter eligibility, and Republican State administrations making it physically difficult for people in Democratic-leaning areas to cast their vote.

What is new is the production of false flag “Hillary” material, lying in order to put people off voting, or to make them imagine that they have voted when they haven’t. There is the scandal of the “Vote by text” ads; of course you can do no such thing, and if you do what the ad says you will end up not voting at all. Even more contemptible are the ads, hashtag #StopThePot, targeted at marijuana supporters, that pretend to be approved by Hillary, and in memorable soundbites completely mis-state her position.

How anyone with any decency can continue to support a campaign that uses such tactics is beyond me.

The “Vote by text” scam: https://www.washingtonpost.com/news/morning-mix/wp/2016/11/03/no-you-cant-text-your-vote-but-these-ads-tell-clinton-supporters-to-do-just-that/

The Church, education, and “Christian values”; another bad reason for denying democracy

Reminder: there is still time to show support for our petition to abolish Church appointees on Local Authority Education Committees; just click here and fill in your details

Summary: Religious values, unless they are also shared human values, will be important to those who want to follow that particular religion, but have no special significance for the rest of us.

The Churches refer to “Christian values”, in order to justify their uninvited presence on Council Education Committees. Like other reasons offered (see earlier post), this one repays closer examination.

The Church of Scotland enjoins its appointees to assert their presence  “by exercising your statutory right and endeavouring to influence council education policies in areas of interest to the national church, including the development of the curriculum, Christian values, religious and moral education and religious observance in schools”. I have already discussed the implications for the curriculum and for religious and moral education and religious observance. Here I would like to concentrate on the concept of Christian values, and, indeed, religious values in general. END_OF_DOCUMENT_TOKEN_TO_BE_REPLACED

Geology, evolution and Christianity in the 19th century

This by my friend the geologist, historian, and Anglican priest Michael Roberts, reminding us that the acceptance and active participation of clergymen and other believers in the emerging sciences of biology and evolution dates back more than three centuries.

If you read many historical studies of Britain in the 19th century, you will read that a major conflict was over science. That claim is overstated. Here is a brief overview.

From reading many books on church history, general history or popular science, it is easy conclude  that advances in geology in the eighteenth and early nineteenth centuries and then evolution after 1859 had gradually been undermining belief in God as Creator as well as an almost official literal reading of the early part of the book of Genesis. The actuality is rather different. 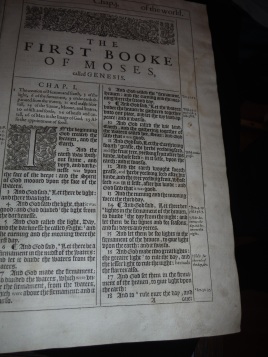 So often the work of Archbishop James Ussher is cited as the “official” view of the churches. In 1656 he published his Annales Veteris Testamenti (Annals of the Old Testament) which gave the famous date of creation as 4004BC. (Actually, it has…

How the Church of Scotland justifies its unelected Education Committee appointees; assumption, presumption, and privilege

As regular readers will know, moves are afoot to remove the three Church nominees who sit, with no regard to the electoral process, on every Local Authority Education Committee in Scotland (you can help by simply signing our Parliamentary Petition here).

In England, the legal requirement is for two such representatives, one from the Church of England and one from the Catholic Church. Something ought to be done something about this, although the English educational system, disrupted and fragmented, is now largely out of the hands of the local authorities anyway. There is much be said about the situation developing in England, little of it complimentary, but that is not my present concern.

Schisms and mergers among Scottish churches since the Reformation; Wikidwitch via Wikipedia. Click on link for clearer image

The requirement for three church appointees reflects the fractious history of Scottish Protestantism, and the presence of these representatives is a relic of the Churches’ historical input. The representatives exert power on local authorities’ most important committees, their Education Committees, over and above the power they would exert as citizens, and the Churches to which they are answerable thereby exert power over and above the power that they certainly exert, and in a democratic society must be free to exert, as associations of individuals. This is not about religion; it is about power. It is not about rights; it is about privilege.

Consider the Church of Scotland’s own code of practice for its religious representatives, which states: END_OF_DOCUMENT_TOKEN_TO_BE_REPLACED