Another delightful posting from my friend Marli Miller.Thanks, Marli. I’ve blogged here earlier myself about the famous unconformity at Siccar Point, and the depositional contact at the Giants Causeway between a later lava flow, and the paleosol formed by weathering of the one before it.

Geologic contacts are the surfaces where two different rocks touch each other –where they make contact. And there are only three types: depositional, intrusive, or fault. Contacts are one of the basic concerns in field geology and in creating geologic maps –and geologic maps are critical to comprehending the geology of a given area. For those of you out there who already know this stuff, I’ll do my best to spice it up with some nice photos. For those of you who don’t? This post is for you!

In a cross-sectional sketch they may…

A shorter version of this review has appeared on 3 Quarks Daily.

This book will be of interest to anyone who is interested in the way in which evolution actually proceeds, and the insights that we are now gaining into the genome, which controls the process. The author, Neil Shubin, has made major contributions to our understanding, using in turn the traditional methods of palaeontology and  comparative anatomy, and the newer methods of molecular biology that have emerged in the last few decades. He is writing about subject matter that he knows intimately, often describing the contributions of scientists that he knows personally. Like Shubin’s earlier writings, the book is a pleasure to read, and I was not surprised to learn here that Shubin was a teaching assistant in Stephen Jay Gould’s lectures on the history of life.

Shubin is among other things Professor of Organismal Biology and Anatomy at the University of Chicago. He first came to the attention of a wider public for the discovery of Tiktaalik, completing the bridge between lungfish and terrestrial tetrapods, and that work is described and placed in context in his earlier book, Your Inner Fish. The present volume is an overview, from his unique perspective, of our understanding of evolutionary change, from Darwin, through detailed palaeontological studies, and into the current era of molecular biology, a transition that, as he reminds us, parallels his own intellectual evolution. 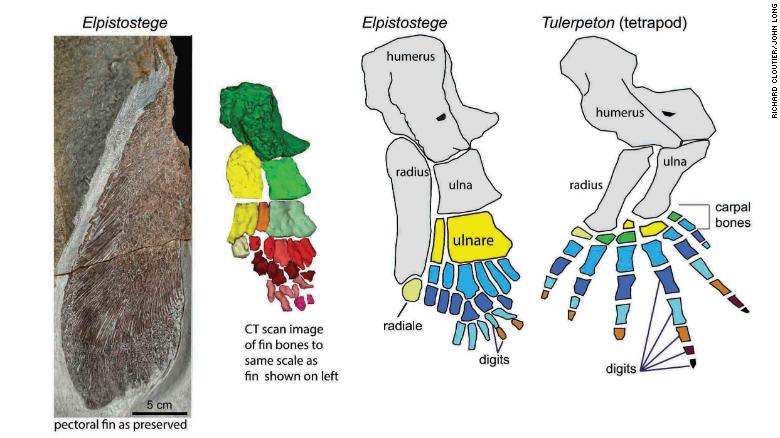