← Why the Sea Squirt Eats its Brains Out (Sort of)
What’s in a name? The Pensive Primate, or Primate’s Progress? Tell me what you think →

More than a third of the students at North Berwick High have signed a petition challenging Christianity’s monopoly in Religious Observance and School Assemblies. In order to express their views more freely, they have set up their own newspaper, The Contender, of which the first two numbers are available on line here and here, and obtained a grant to pay for a print edition. These actions have attracted well-deserved media attention both locally and UK-wide, and are likely to be discussed by the Scottish Youth Parliament.

Here is what they’ve signed:

By signing this petition you, as a North Berwick student, are agreeing that there should either be no religious influence (in assemblies, other events) in school or that all religious denominations should be represented, and that it is inappropriate for only one religion (Christianity) to be advocated, in particular the assemblies led by members of the Christian church.

Setting up a newspaper of the quality achieved at North Berwick is a major enterprise, but these days any group of students can publish articles expressing its views using WordPress or Blogger, and spread word of them through social media. Moreover, any group of students in any school can organise a petition like this one, and, as we shall see, would be right to do so.

It is inappropriate for only one religion (Christianity) to be advocated, in particular the assemblies led by members of the Christian church.

Strange as it may seem, all the students are demanding is that the school act according to the policies stated in its own handbook, which are based on the Scottish Government’s current guidance letter. Both the handbook and the guidance letter say, in identical language, that “[M]any school communities contain pupils and staff from faiths other than Christianity or with no faith commitment, and this must be taken fully into account in supporting spiritual development. It is of central importance that all pupils and staff can participate with integrity in forms of religious observance without compromise to their personal faith” and that “There should be a clear distinction between assemblies devised for the purpose of religious observance and assemblies for other purposes such as celebrating success.”

There should be a clear distinction between assemblies devised for the purpose of religious observance and assemblies for other purposes such as celebrating success.

What is defined now as Religious Observance in Schools is a pluralist approach in a pluralist society.

(Church of Scotland, to Scottish Parliament)

I also found in the Handbook a list of the members of the school chaplaincy team, at least as it was at the time of the last posted handbook edition, which would seem to be 2012. And while official bodies will not tell you the affiliations of school chaplains, regarding this as confidential personal information, a web search quickly showed that all were committed Protestant Christians, ranging from Episcopalian to extreme Evangelical [1]. The Evangelicals meet on the school premises for Sunday morning worship, but there seems no reason to object to that so long as the school handles all requests for accommodation evenhandedly, and does not pressure students into attending. 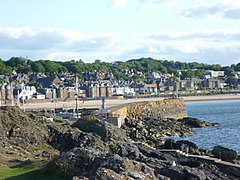 Can such a team deliver the promised “pluralist approach in a pluralist society”? Not according to the latest (2011) census data. These show all non-Catholic Christians totalling 38% of the population, as against 44% for “no religion” or “no religion stated”. Even these numbers will underestimate dissent from religion, especially among the school’s students. The religious affiliations monitored by the Census do not necessarily imply religious practice or belief, and we also know that religiosity is greater among older Scots than among the young.

Two things follow. The students are merely asking that the school follow its own stated policies. And spiritual education, if indeed such a thing is possible, can no longer be left to churches in which so many of the students no longer believe.

The students’ representatives are also asking the School Administration to allow 16-year-old students to withdraw themselves directly from Religious Observance, without involving their parents. I find it strange that they even need to ask. We are talking about young people who are by law old enough to get married, or to vote in at least some crucial elections. The individuals we are discussing have also shown themselves capable of effective organisation, and of producing work clearly superior to their own local newspaper. And while the law may regard the decision to withdraw as one for the parents, the school has no legal right to enforce attendance on 16-year-olds anyway, so why should it even try to retain this right when it comes to one particular activity?

Inspire is a CofS/Fellowship joint venture, which gives out free rolls at its lunch club and is involved in the school play.

The Fellowship gives no details of its beliefs on its web page, but is affiliated to Scottish Network Churches, some at least of whose members believe in Noah’s Ark as a fact of history and the eternal punishment of unbelievers in the Lake of Fire.

← Why the Sea Squirt Eats its Brains Out (Sort of)
What’s in a name? The Pensive Primate, or Primate’s Progress? Tell me what you think →