Why historical science is the best kind of science

This is for a planned wide-audience writing project on evolution, in which I pre-empt (rather than respond to) creationists’ counter-arguments, such as their downplaying of historical science. I would greatly value comments on this approach.

There are sciences, such as physics and chemistry, where we can perform experiments. There are other sciences, such as the science of planetary motion (and astronomy in general) where we cannot do this, but we can still carry out repeated observations in well-controlled circumstances, and devise theories with whose help we can make definite predictions. All of these are what I will call rule-seeking sciences. At the other extreme, we have sciences such as palaeontology and much of geology, which one might call historical sciences.1 With these, the aim is not so much to establish general rules, as to unravel and explain the specifics of what happened in the past. It is usual to regard the rule-seeking sciences as the most rigorous, to which the others should defer. This shows a deep misunderstanding of how science works, and, time and time again, when historical and rule-seeking sciences have come into conflict, it is historical science that has triumphed. 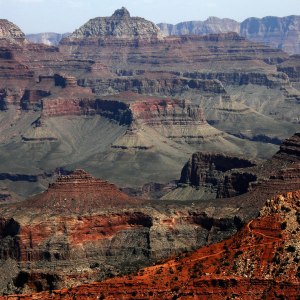 Rocks exposed at Grand Canyon, from Proterozoic to Permian. Click to enlarge

A few examples. The rocks clearly show (for detailed arguments, see e.g. here) that the Earth, and by implication the Sun, END_OF_DOCUMENT_TOKEN_TO_BE_REPLACED

How to kill the dinosaurs in ten minutes

Ten minutes difference, and Earth would still be Planet of the Dinosaurs

Not only vertebrates, but ammonites, marine molluscs, perished in the disaster. Image (Haeckel, 1904, via Wikipedia). Click on this and other images to enlarge

We have suspected for some decades that the dinosaurs1 became extinct as the result of a massive meteorite, an asteroid, hitting the Earth. We have known where the impact site was since 1990, if not before. But it is only last year that we successfully drilled into the impact site, and only now, for the first time, do we really understand why the impact was so fatal. And if the meteorite had arrived ten minutes earlier, or ten minutes later, it would still no doubt have inflicted devastation, but the dinosaurs would still be here and you wouldn’t.

66.1 million years ago, dinosaurs covered the Earth. 66 million years ago, there were none. And not only the dinosaurs, but the pterosaurs in the skies, the long necked plesiosaurs and even the ammonites in the oceans, and 75% of all complex animal life. No terrestrial vertebrate heavier than around 25 kg seems to have survived. What happened? END_OF_DOCUMENT_TOKEN_TO_BE_REPLACED