Petition calling on NUS to desist from suppressing free speech

“Freedom of expression for all, including non-believers, is a basic human right and one that universities of all places must unequivocally defend.

We feel that the current policy prescriptions the NUS espouses and which many SUs have adopted as a result, have consistently been shown to be at least ineffective and in many cases, actively suppressive of freedom of expression …”

I heard about this petition through my friend Chris French, himself a Professor at the University where these events took place, and signed it with the comment “No space, least of all a University space, should be free from disturbing ideas.” This morning, Prof. French confirmed to me that the account in the text of the petition, below, is generally correct, and gave permission to quote him to that effect. I am therefore inviting those of you who share our concerns about the erosion and suppression of free speech on University campuses to sign the petition here, and to publicise it to your own networks.

The petition is in the form of an open letter to the National Union of Students, and runs as follows: 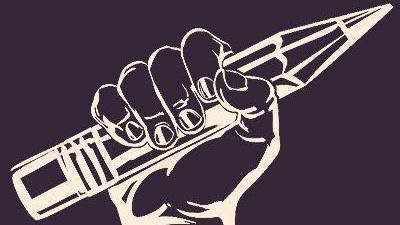 Following the events at Goldsmiths University on Monday 30th of November, where members and friends of Goldsmiths Islamic Society (ISoc) tried and failed to intimidate, in order to silence, Iranian-born ex-Muslim and human rights activist Maryam Namazie from speaking on “Blasphemy, Apostasy and Free Expression in the age of ISIS” at our invitation, Goldsmiths University Atheist, Secularist and Humanist Society (GUASHsoc) calls on the National Union of Students to respond.

For those who have not seen media reports, the ISoc president sent the GUASHsoc a thinly veiled threat demanding the talk was cancelled the night before, on the grounds that it supposedly violated the SU’s ‘safe space’ policy. When the event went ahead, some of the ISoc members and associates aggressively disrupted the event, continuously shouting and trying to intimidate Maryam and other attendees, turning off her projector and one disruptor allegedly made a death threat towards a friend of Maryam’s.

This debacle shows, ‘safe spaces’ are being used to silence dissent and stifle free expression. Whilst ‘safe spaces’ are legitimate options for those who have been victimised and discriminated against, universities by their very definition cannot be ‘safe spaces’. Few would disagree that, if anywhere, universities should be bastions of freedom of thought and ideas, but for this to hold any meaning whatsoever, they must be bastions for the freedom of all ideas – regardless of how popular they may be or whether they are deemed ‘controversial’ or even offensive, by some. Offence, may act as an impetus for argument, but it is not, in and of itself, an argument, nor grounds for suppression. It is essential to be able to hear ideas that make us uncomfortable; this is the essence of tolerance. There should be no ‘safe spaces’ for ideas to go unchallenged.

The claims often made against Maryam and other speakers alike, seem to insist that, because there is a climate of hatred towards Muslims from the far-right, we should not allow what some consider offensive criticism of Islam as a religious ideology, like any other. In the incident at Goldsmiths, the Feminist and LGBTQI+ societies shared anti-free speech sentiments by making statements of solidarity with the Isoc leadership’s position and as such, seemed to tacitly condone their actions. This is a response rooted in a convoluted and solipsistic notion of regressive identity politics that wrongly conflates criticisms of Islam as an ideology or Islamism as a political movement, with inciting hatred towards Muslims. It fails to see the dissent within minority communities and also implicitly assumes that a diverse body of people who follow the Islamic faith are all offended or intolerant of Maryam’s opinions. As was evident in the meeting itself, some of the women members of Isoc did not condone the intimidating behaviour of the male members; some Muslims in the audience apologised to Maryam for their behaviour making it clear that not all Muslims agree with this assumption. Also, rather than having any real concern for safe spaces, the ISoc leadership used this policy in order to make the event unsafe for all those who disagreed with them.

Such mischaracterisations have led to the abuse of ‘safe space’ policies in the past and a culture of suppression at the university towards views that are not in line with the SU or, as in this case, other politically oriented societies. This is a gross subversion. What is more important however, is that this incident is not isolated, nor is the response.

What must be more clearly stressed is that, whilst non-violent protest and challenging ideas should be actively encouraged at universities, what cannot be tolerated is making an attempt to stop speakers from speaking entirely, unless they are directly inciting violence. Whether this be through vague ‘blasphemy laws’ with little to no basis in established law, which exist in numerous SU external speaker policies or whether it be through ‘safe space’ policies, which often have similar rules open to abuse and are sometimes used for intimidation, as in this case. There are a plethora of cases similar to ours at other universities and with other speakers, where freedom of expression has been suppressed in all manner of forms.

SU’s responses have typically suggested that the issue lies in the misuse of these policies by individuals. Clearly, because this is a recurrent theme at universities, this is a structural problem which enables this to keep occurring. It is the policies themselves that need to be amended so as to ensure this does not continue to happen. Whilst our SU has not officially responded yet in regards to consequences from the events of Monday 30 November, we fear that a similar dismissive response will occur with no policy changes.

We feel that the current policy prescriptions the NUS espouses and which many SUs have adopted as a result, have consistently been shown to be at least ineffective and in many cases, actively suppressive of freedom of expression and we strongly urge the NUS, and Goldsmiths SU, to reform their policies.

As with similar events where External speaker policies and ‘safe space’ policies have been used to try to silence freedom of expression, public outcry has had a strong influence on the response of SUs, therefore, we are making this statement public but will also be pursuing formal channels of complaint to the NUS and we encourage them to respond in regards to further action.

We thank all those who have sent messages of support for our society including Muslims, ex-Muslims, believers and non-believers, students, lecturers, members of the public, secular organisations, religious organisations, people of different political persuasions, sexual orientations, genders, races and nationalities. We urge them to join us in pressuring the NUS to protect the right to free expression and reform the ‘safe space’ policies that are stifling free expression.

Thank you all for your support.

“[T]he book of nature, which we have to read, is written by the finger of God.” (Michael Faraday, On Mental Education)

I approach this entire area with diffidence. I was at one time a believer, but always regarded literalism as bone-headed on internal evidence (Maimonides, of course, had made the same point nearly 900 years ago). I am prompted to post this comment because

believers whom I respect have found it helpful, and because I regard all those committed to accepting the evidence of things seen as natural allies, however much we may differ on things unseen. I therefore wish to distance myself from those, at both ends of the spectrum, who regard the most bone-headed versions of the Abrahamic religions as for that very reason the most authentic.

Both Faraday and Maxwell are invoked as believers in intelligent design by advocates of the degenerate doctrine that now goes by that name, but it is difficult to imagine a more profound misunderstanding. For more on Faraday’s views on natural law as God’s handiwork, and the distinct but overlapping views of James Clerk Maxwell, see here. From Maxwell, let me quote just this:

The rate of change of scientific hypothesis is naturally much more rapid than that of Biblical interpretations, so that if an interpretation is founded on such an hypothesis, it may help to keep the hypothesis above ground long after it ought to be buried and forgotten.

Or even, as in the case of the creationist’s “types”, lead to a hypothesis being resurrected in total defiance of the evidence.