← The Case Against Evolution – turning Chick on its head!!
Can we trust radiocarbon dating? →

A new argument against evolution

This from the Hebrides News:

If, as evolutionists claim, all of mankind evolved from the same primitive life-source, then how did we end up with 7,000 different languages? The Bible teaches in Genesis 11: 7-,9 that God created all the different languages at Babel…

If mankind had advanced through a so-called evolutionary process, then there should still be developing languages today. However, the stark fact is mankind’s languages are vanishing from civilization at an alarming rate – thus proving that evolution is a lie. And if evolution were true, then the process by which mankind has obtained 7,000 languages would be continuing today. Has the evolutionary process ceased? According to the Bible it never happened in the first place.

The Earth, of course, is 6,000 years old. As for purported evidence to the contrary,

Such Biblical claims seem absurd to evolutionists, who have convinced themselves that the earth is billions of years old. Ironically, they have absolutely no evidence of such longevity. Evolutionists have sought out dishonest scientists, who distort the facts, use faulty testing methods, and make erroneous assumptions (unethically stating such assumptions as if they were facts). Yes, evolution is at best only a theory…

If this is not enough to convince you of the errors of evolutionism, you will find more of Morrison’s arguments expounded here by my friend the Sensuous Curmudgeon, whose superficial flippancy conceals careful documentation and analysis of creationist arguments (for a list of topics, see the right-hand column of his site).

As for the evolution of languages, and the descent of most European and Indian languages from a common ancestor, this was first clearly formulated by Marcus Zuerius van Boxhorn in the 17th century, and used by both Charles Lyell and Charles Darwin as an analogy for the evolution of species. 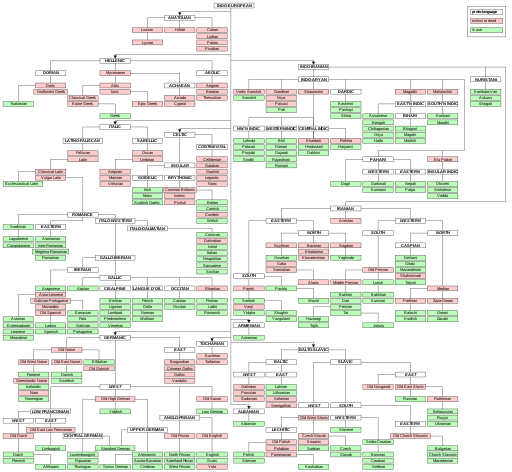 ← The Case Against Evolution – turning Chick on its head!!
Can we trust radiocarbon dating? →