← On learning that the Iraqi government is dropping evolution from schoolbooks
Is a good science talk really a bad science talk? → 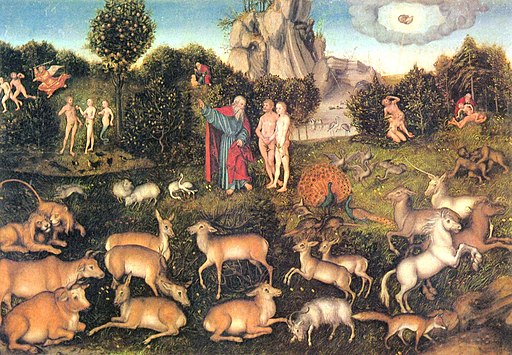 and in all categories surveyed, around 1/4 of respondents selected either (4) or (5). A fuller analysis is of course available at the survey link.) 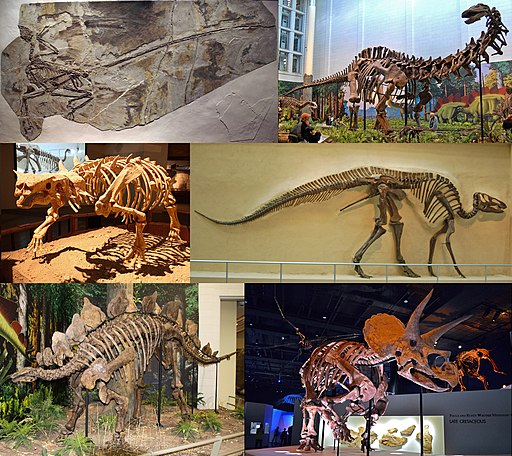 A diversity of dinosaurs

There were further refinements, some of which suggest that the respondents were more sophisticated than the researchers. For example, the report expresses surprise that ‘when we look at atheists as a subset of the non-religious or non-spiritual group we find that over 1 in 3 of Canadian atheists, and nearly 1 in 5 UK atheists somewhat agree, agree or strongly agree with the statement: “Evolutionary process cannot explain the existence of human consciousness”.’ Include me among those who “somewhat agree”, since we have no good account of how the world of conscious experience relates to the world of external reality. Again, ‘over 1 in 10 of UK atheists somewhat agree, agree or strongly agree with the statement: “Animals evolve over time but evolutionary science cannot explain the origins of human beings”.’ Again, mark me down as somewhat agreeing. We tend to see ourselves as the inevitable pinnacles of the evolutonary process, but I side with authors ranging from Kurt Vonnegut to Stephen J. Gould who thought that there was nothing inevitable about it, and that our origins depend on chance, which of its nature cannot be explained. Indeed, I recently posted on the utterly remarkable chance that eliminated the non-avian dinosaurs, without which the radiation of mammals in the holocene would not have boon possible.

One point of interpretation clearly separates my own view from that of Coel (see comments) and Jerry Coyne and that is how to react to the largest single group of believers; those who think that “Humans and other living things evolved over time, in a process guided by God.” As far as I am concerned, the reference to God is so broad and vague that it need not in any way interfere with scientific and educational collaboration, despite philosophical disagreement. I know that many of my friends think otherwise.

Does it matter that science-denying creationism is a minority view even among believers? Yes, I think it matters very much. Creationists within all three Abrahamic religions repeatedly refer to their own position, and to a literalist interpretation of their sacred texts, as if that were the only authentic form of their faith. I can say from personal experience, and this survey would seem to confirm, that this is not true.

Creationists do not speak for their faiths

Jonah and the Whale, ca. 1400, Jami al-Tavarikh (Compendium of Chronicles)

Until my late teens, I was an observant Jew and regarded the Bible (the Old Testament anyway) as the word of God. But it never occurred to me to imagine that it was a literal narrative; that Jonah really was swallowed by a big fish, or Ezekiel saw actual dead human bones coming back to life, or that day and night were created before Sun and Moon. Like all my contemporaries in the synagogue, I accepted the evolutionary account. The Rabbi, it is true, would mumble something about “the missing link”, but we regarded him as a bit of a fuddy-duddy, who had formed his ideas on the subject before the discovery of the Taung child, first-found of the Australopithecines. The Torah, the Divine Teaching, had after all being given to specific people in a specific time and place, and was of necessity expressed in terms that made sense to the people of that time. Here we were echoing the teaching of Maimonides, some eight centuries earlier, and indeed discussion of literal versus allegorical interpretation of texts can be traced back within rabbinical Judaism to its origins. Later, I was to discover similar debates within Christianity, dating back at least to St. Augustine. I have read a little of similar debates within Islam, but do not know enough to comment on this (perhaps some readers can?). And for an up-to-date list of religious bodies, escpecially in the US, making statements in support of evolution, see https://ncse.com/media/voices/religion 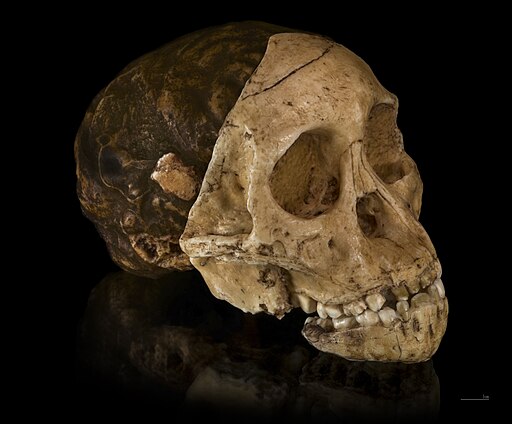 We have creationists to thank for Trump

Reagan: Evolution is a theory only…  the biblical story of creation should also be taught

The creationists’ claim to own their religion poisons debate. It enables them, with false authority, to infiltrate schools, Sunday schools, yeshivahs and madrassas. It is used shamelessly to equate acceptance of science (at least geological and evolutionary science) with rejection of religion, a shabby manoeuvre of which both ends of the spectrum are guilty. Look at any online forum and you will see how quickly discussions of this or that scientific discovery, modifying or deepening our understanding of evolution, degenerate into slanging matches about God. It harms religion by reducing it, in the minds of many, to a cardboard caricature. In the US in particular, it is part of the pernicious process, dating back to Reagan, of reducing complex and diverse issues to a single identity package. A package that bundles together belief in God, rejection of evolution, climate change denial, American exceptionalism, and an utterly irrational belief in free-market economics. We have the creationists to thank for Trump.

“I could sense going across the country that God was going to do something this year. And I believe that at this election, God showed up.” [Franklin Graham to Washington Post]

The claims of biblical creationism to speak for faith are baseless and blasphemous, and we should denounce them as such.

This is a rewrite of an earlier post, based on a newspaper account that on comparison with the Yougov report I found unsatisfactory.

← On learning that the Iraqi government is dropping evolution from schoolbooks
Is a good science talk really a bad science talk? →