Answers in Genesis attacks our petition against creationism, Young Earthism

Yes, it’s true. We dangerous radicals at Scottish Secular Society are petitioning the Scottish Government to protect our schoolchildren (and our teachers) from those who want to present separate creationism and Young Earth doctrines as valid alternatives to the established science.And we do have Nobel Laureate backing. And AiG is attacking us for it, not once but twice. And if you think we are right to do so, please let the Petitions Committee (and if you live in Scotland, your MSPs) know about it (see here for contact details and suggestions). 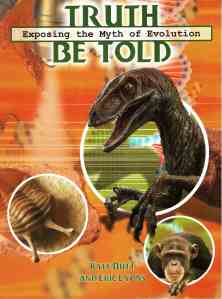 This is the kind of thing we want to stop; this book was handed out to Primary School children in East Kilbride last year

There  is still time to help, wherever you are. Separate creationism and the ultimate lunacy of YoungEarthism have gone international; the resistance will be stronger for doing likewise.

Ken Ham: I have emphasized over and over that we are in a war and the battle is for the hearts and minds of our kids and news coming out of Scotland only confirms this.

Links to creationist sites are set to nofollow