England bans creationist teaching. So should Scotland. Petition in preparation. More on Monday

Michael Gove, at Westminster, finally gets it

The latest guidance from England’s Department for Education requires the teaching of evolution as part of a balanced curriculum in all publicly funded schools, bars the teaching of creationism as a viable alternative in any classroom, and extends these regulations to all new and existing Free Schools and Academies. The Scottish Education Department should follow this example. We at the Scottish Secular Society are putting together a parliamentary petition asking for this. I am asking for your support, especially if you live in Scotland, and will be posting updates on our progress.

My friend Richy Thompson reports on developments in England here. The relevant official documents are here and here and here. A lot of language, much of it on other matters, but the most important clause[1] states

that the requirement on every academy and free school to provide a broad and balanced curriculum, in any case prevents the teaching of creationism as evidence based theory in any academy or free school.

So while earlier statements contained strange loopholes excluding some existing schools, these have now been plugged. What about Religious Education? Here there is clearly a place for discussion of creationism, just as there is a place for the discussion of Baal-worship, but the official language clearly distinguishes between discussion and advocacy:

The Secretary of State acknowledges that [the relevant funding agreement clauses] do not prevent discussion of beliefs about the origins of the Earth and living things, such as creationism, in Religious Education, as long as it is not presented as a valid alternative to established scientific theory [emphasis added].

This wording does not restrict discussion of the theological arguments that some continue to put forward for creationism, a discussion that in some Scottish schools would be very necessary, but makes it clear that it is “not [to be] presented as a valid alternative” on any grounds whatsoever. Admirable language. 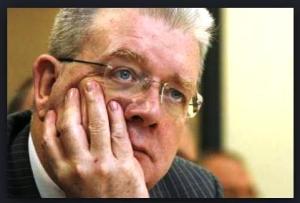 The Scottish education system is completely different. There are no equivalents of the English Free Schools and Academies, and although there are recognized denominational schools, these are overwhelmingly Catholic and, as such, accepting of evolution. Education is under the control of the Scottish Parliament in Edinburgh. The Education Secretary for many years has been Mike Russell. He belongs to the Episcopalian Church, part of the Anglican Community which has long since made its peace with evolution, and even apologized to Darwin for past harsh treatment.

Despite all this, in response to letters and to questioning in the Scottish parliament, he has consistently taken the view that no explicit guidance on creationism is necessary, on the grounds that there is no problem in Scotland, and that the entire issue can be left to the good sense of the teachers in each school. I doubt if such a position was ever tenable, but it is certainly not so now. Within the past twelve months, we have had the scandal at Kirktonholme, where pupils were given out Young Earth creationist materials in assembly (complete with tame dinosaurs pulling carts),  an evangelical group that displays materials from Answers in Genesis offering Religious Education materials “within the framework of the curriculum for excellence“, and the discovery that many schools have creationist chaplains, and/or chaplaincy teams with representatives of churches committed to creationism, and Young Earth creationism at that. Moreover, every Local Authority Education Committee in Scotland must by law include as full voting members representatives of three religious groups, Catholic, Church of Scotland, and one other, and this other is in numerous documented cases a group committed to creationism.

In these circumstances, teachers may very well feel the need for official protection when teaching scientific reality. Indeed the Herald reported that the EIS teachers’ union, and Ann Ballinger, of the Scottish Secondary Teachers’ Association, asked for this when, nearly four years ago, Glasgow’s neo-creationist Centre for Intelligent Design opened its doors, but their requests were simply ignored.

Given this situation, the Scottish Secular Society (SSS) has decided to invite all those interested in protecting our schools from creationist infiltration, to join it in petitioning the Scottish Parliament to issue clear statutory guidance building on existing references to evolution and making it clear that creationism must not be presented anywhere within the publicly funded Scottish school system as a viable alternative. We plan to have a draft petition submitted to the parliament within days.

A note on the Scottish petition system, and on the role of SSS: SSS is a secularist, but not a humanist or atheist organization. Meaning, that it is opposed to religious privilege and presumption in the political sphere,  regarding belief  or unbelief as a matter of individual conscience, and therefore to be protected. It is neutral in matters of faith, and has members of many different faiths and none.

The Scottish petition system is vastly preferable to that at Westminster. The most a Westminster petition will get you from your political masters is a half hour debate, often (as in one famous recent case) shamefully ill attended, and with no formal motion discussed. A Scottish petition such as this will be officially posted for comment and discussion, and given the level of interest in the subject there is little doubt that it will be placed on the formal agenda of the Committee that exists for that purpose. At that stage further public comment will be requested, the Committee itself may directly approach interested parties (including the Government itself) for their views, which will also be posted for public comment, and the petitioners will be invited to give evidence in person. A petition such as the one we are now preparing will almost certainly end up being referred to the Education and Culture Committee, leading to a further round of discussion and, to judge from precedent, extensive newspaper and other debate, bringing the entire issue into the public domain and laying the ground for further discussion among opinion- and policy-makers even if no further official action is taken.

So we have the power to make things happen. Let’s start now.

Disclosure: I am on the Board of the Scottish Secular Society.

[1] In full, the new Church Academy clauses state that: 23E) The parties acknowledge that clauses 2.43 and 2.44 of the Funding Agreement [which preclude the teaching of pseudoscience and require the teaching of evolution] apply to all academies. They explicitly require that pupils are taught about the theory of evolution, and prevent academy trusts from teaching ‘creationism’ as scientific fact. 23F) ‘Creationism’, for the purposes of clauses 2.43 and 2.44 of the Funding Agreement and clause 23E above, is any doctrine or theory which holds that natural biological processes cannot account for the history, diversity, and complexity of life on earth and therefore rejects the scientific theory of evolution. The parties acknowledge that Creationism, in this sense, is rejected by most mainstream Churches and religious traditions, including the major providers of state funded schools such as the [Anglican] [Catholic] Churches, as well as the scientific community. It does not accord with the scientific consensus or the very large body of established scientific evidence; nor does it accurately and consistently employ the scientific method, and as such it should not be presented to pupils at the Academy as a scientific theory. 23G) The parties recognise that the teaching of creationism is not part of prevailing practice in the English education system, but acknowledge that it is however important that all schools are clear about what is expected in terms of the curriculum which they need to provide. The parties further recognise that the requirement on every academy and free school to provide a broad and balanced curriculum, in any case prevents the teaching of creationism as evidence based theory in any academy or free school. 23H) The Secretary of State acknowledges that clauses 2.43 and 2.44 of the Funding Agreement, and clauses 23E and 23G above do not prevent discussion of beliefs about the origins of the Earth and living things, such as creationism, in Religious Education, as long as it is not presented as a valid alternative to established scientific theory.